2013 had been a remarkable year for me and it deserves a proper send off. So before January 2014 ends which will render this blog totally obsolete, I give tribute to the best of my 2013.

It started with a gift from a friend. This Paulo Coehlo journal inspired me to write, almost daily, again. It had been a reliable solace after a hard day and a witness to my moments of bliss. 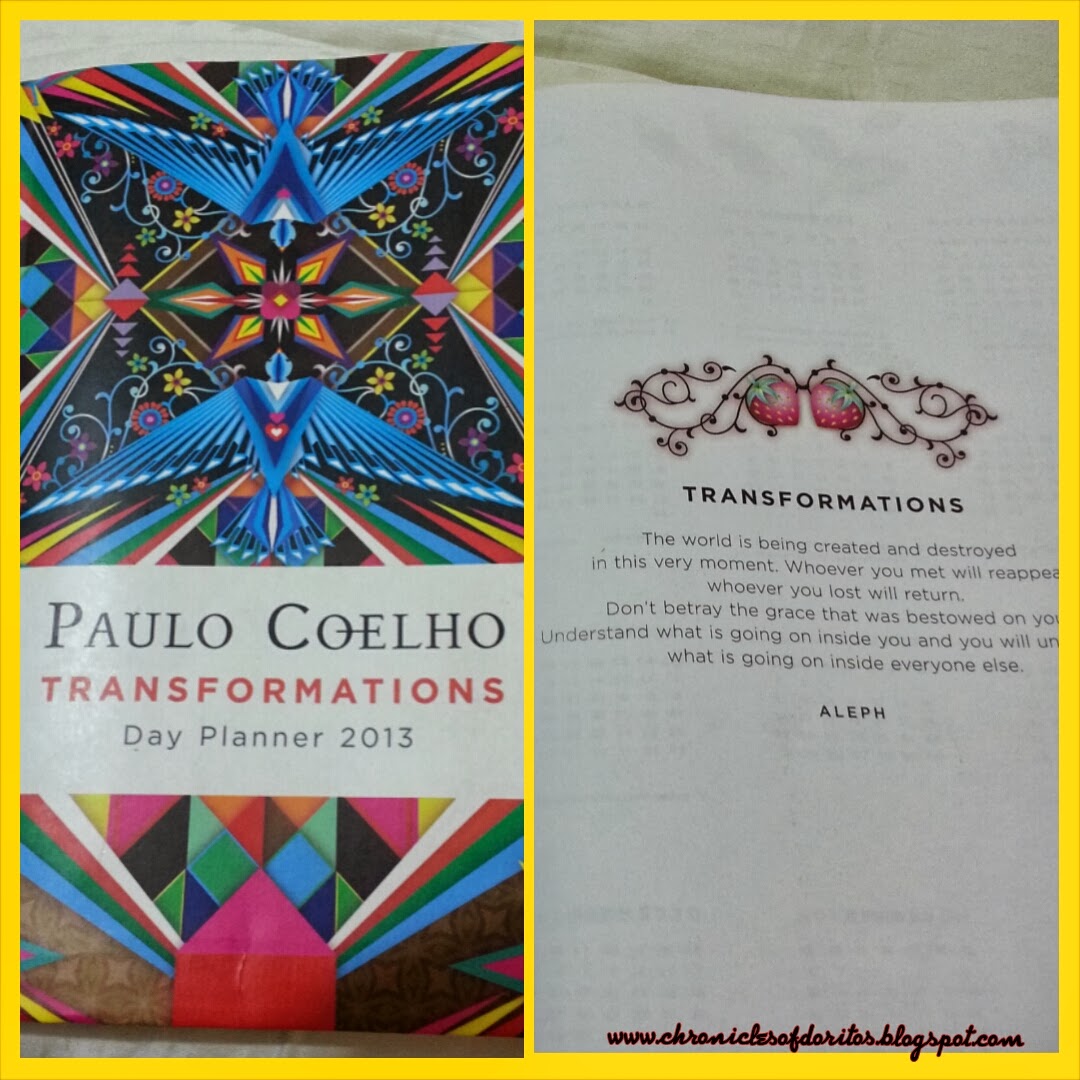 I have two ubiquitous buddies during college days. Often mistaken as twins who don’t seem to age, I lost contact with them for some years. It feels good to be reunited with them. 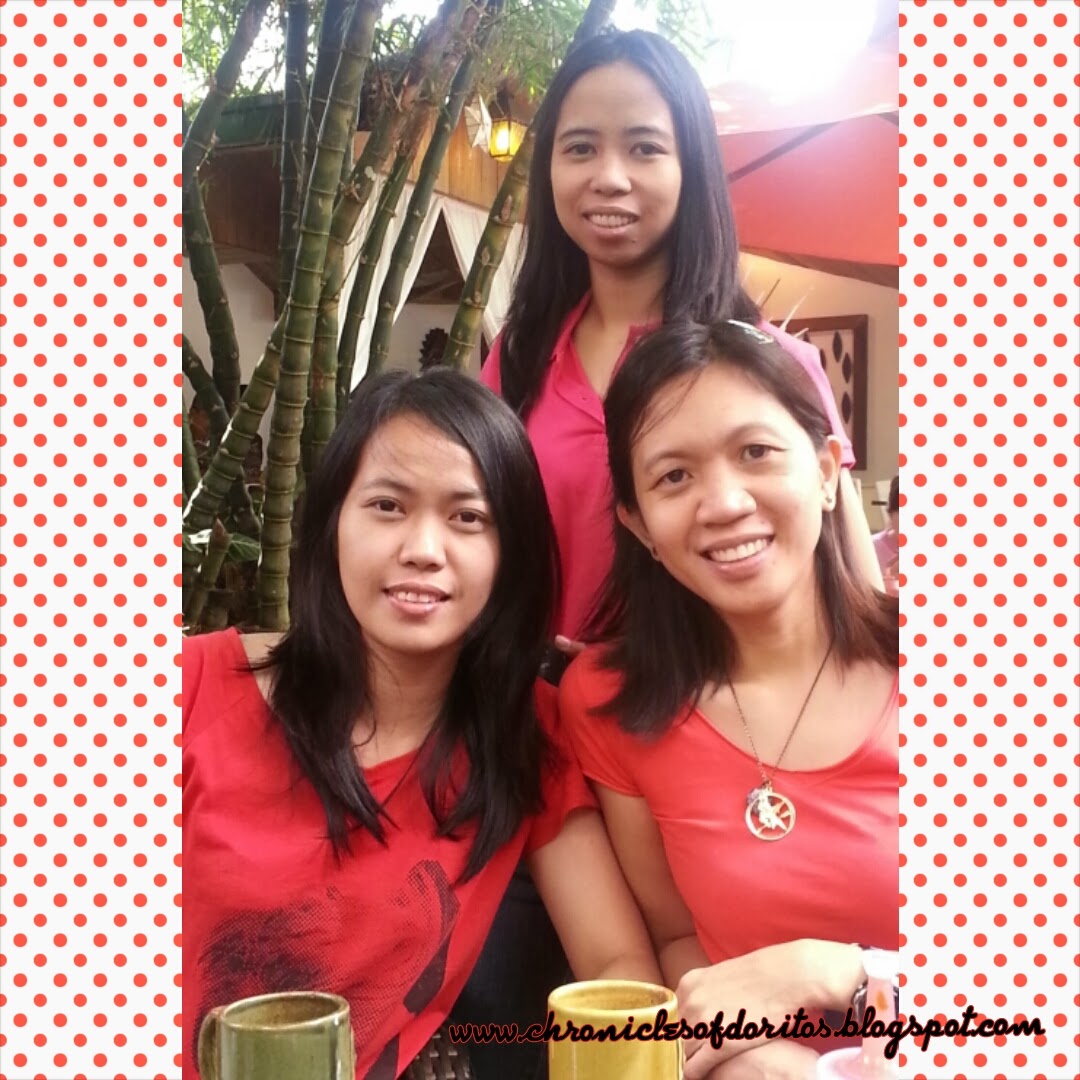 Some visitors paid a visit to Pinky, the pink house. Pinky was definitely overloaded, but boy, never had it been happier. Thank you to my family for filling the house with noise and laughter. 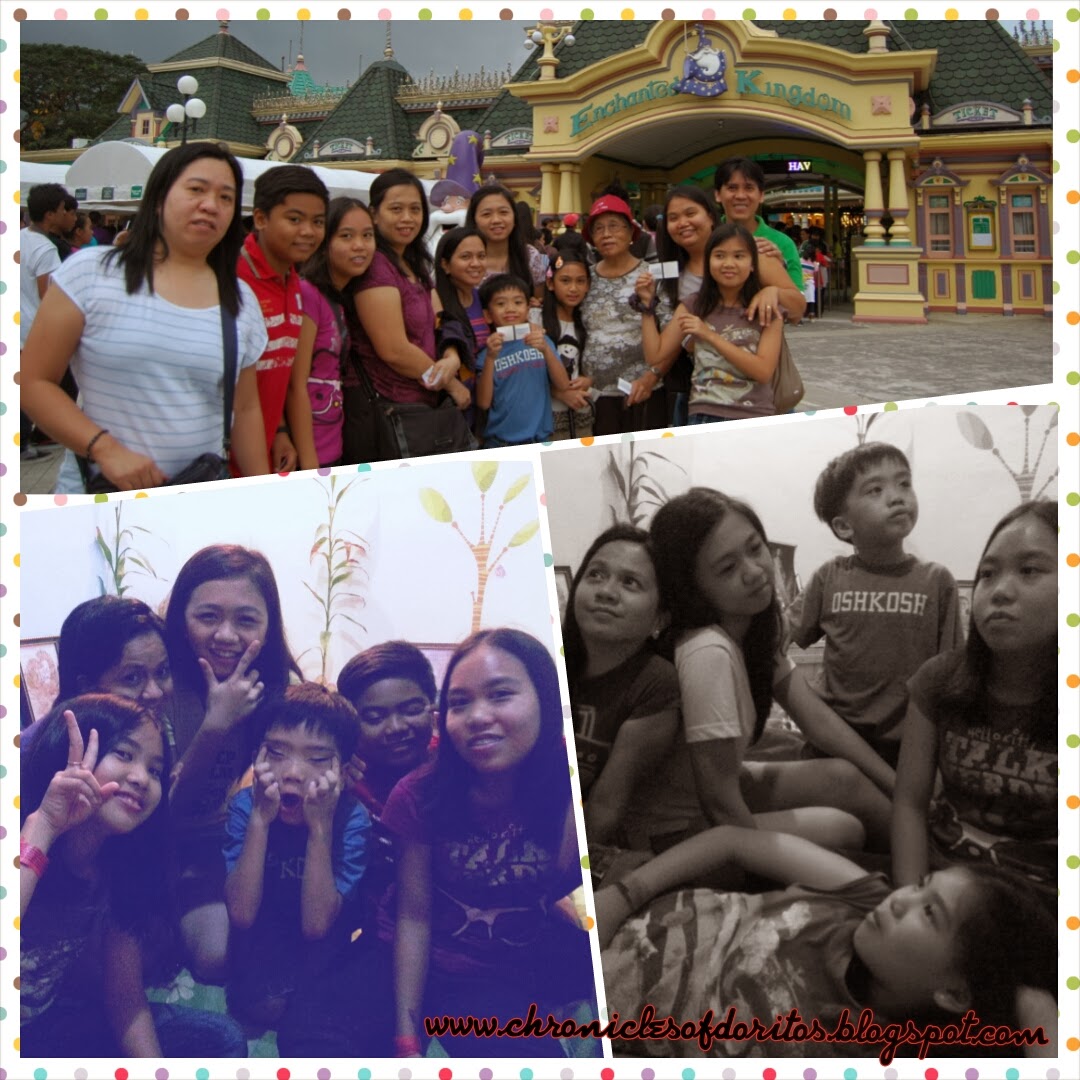 I had been planning to participate in a run for years but always found an excuse not to. Finally joined one, yey! 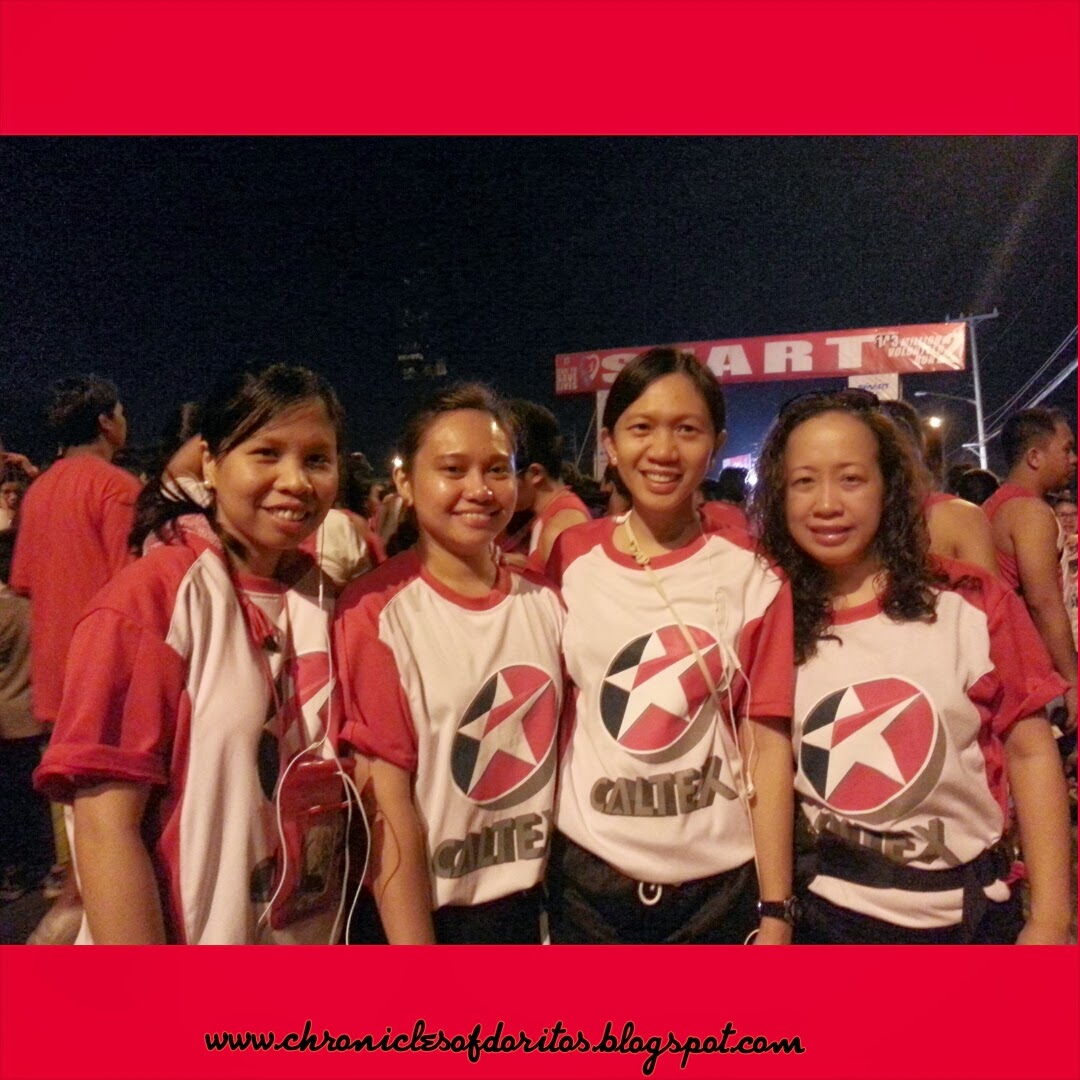 Temple running, err, hopping in Cambodia was tiring, but definitely awe-inspiring. It stirred something in my old soul. I loved Ta Phrom where they shot the film Tomb Raider and of course, the grandeur that is THE Angkor Wat. 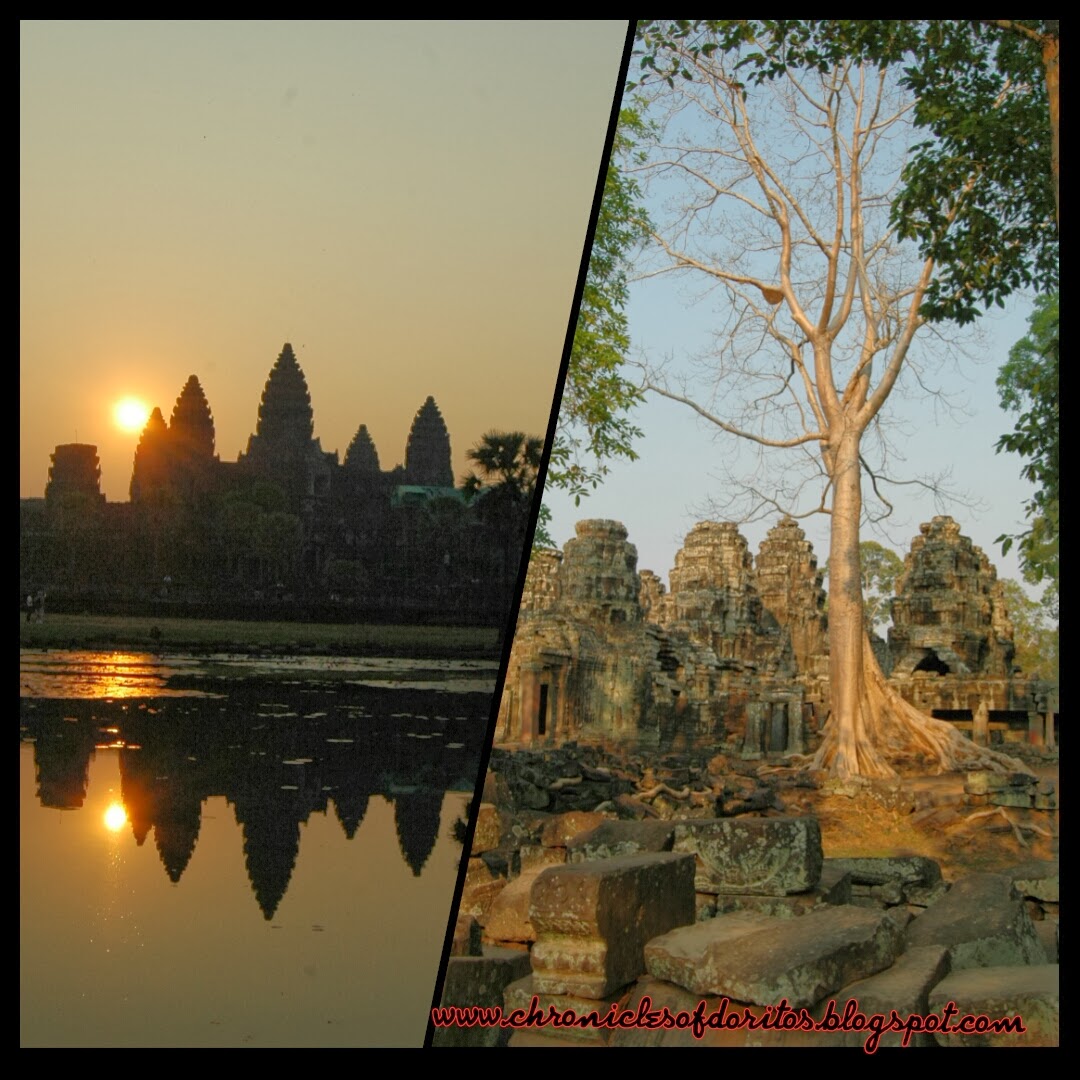 Ooopps, I fell down the Cuchi Tunnel… 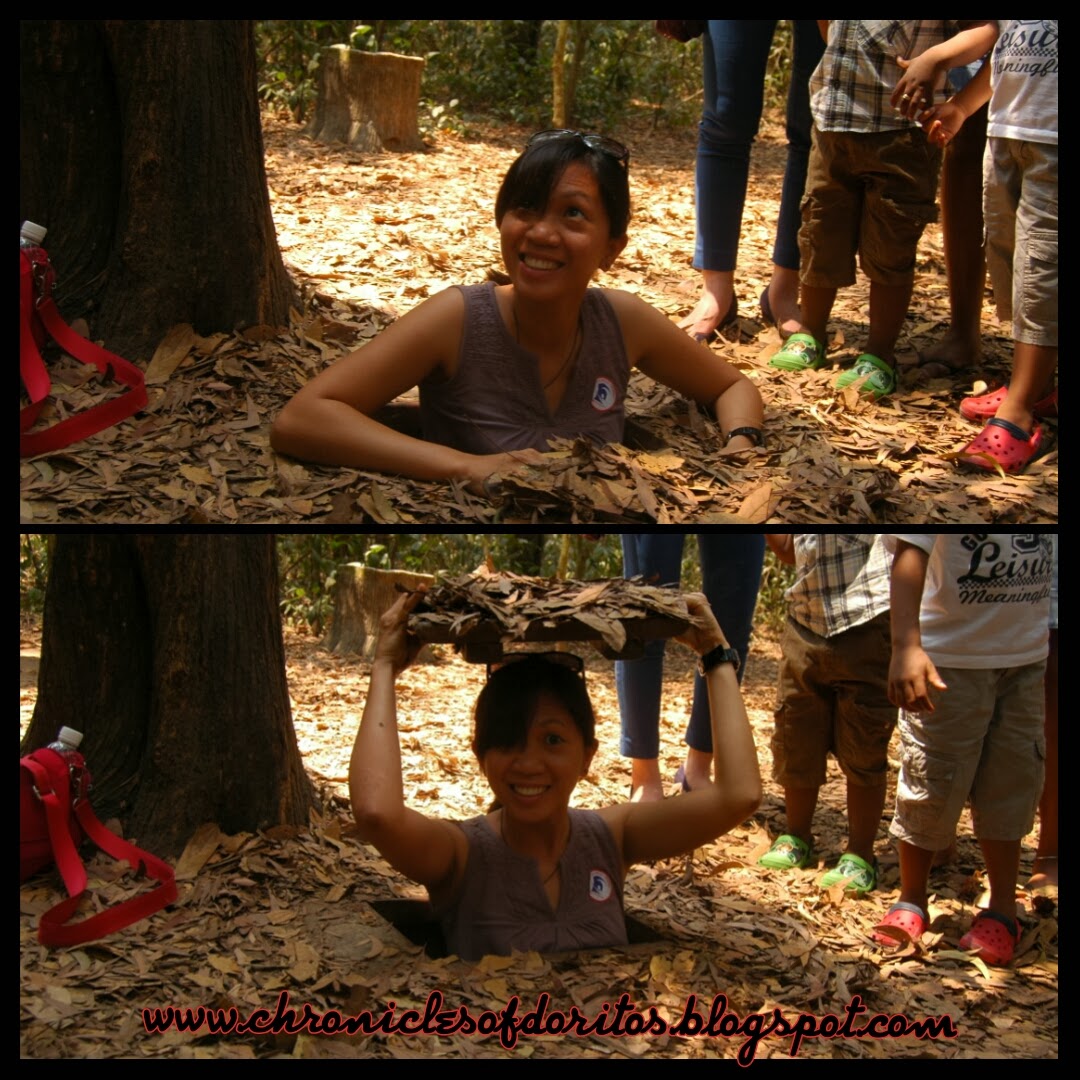 But luckily emerged in one piece!!! 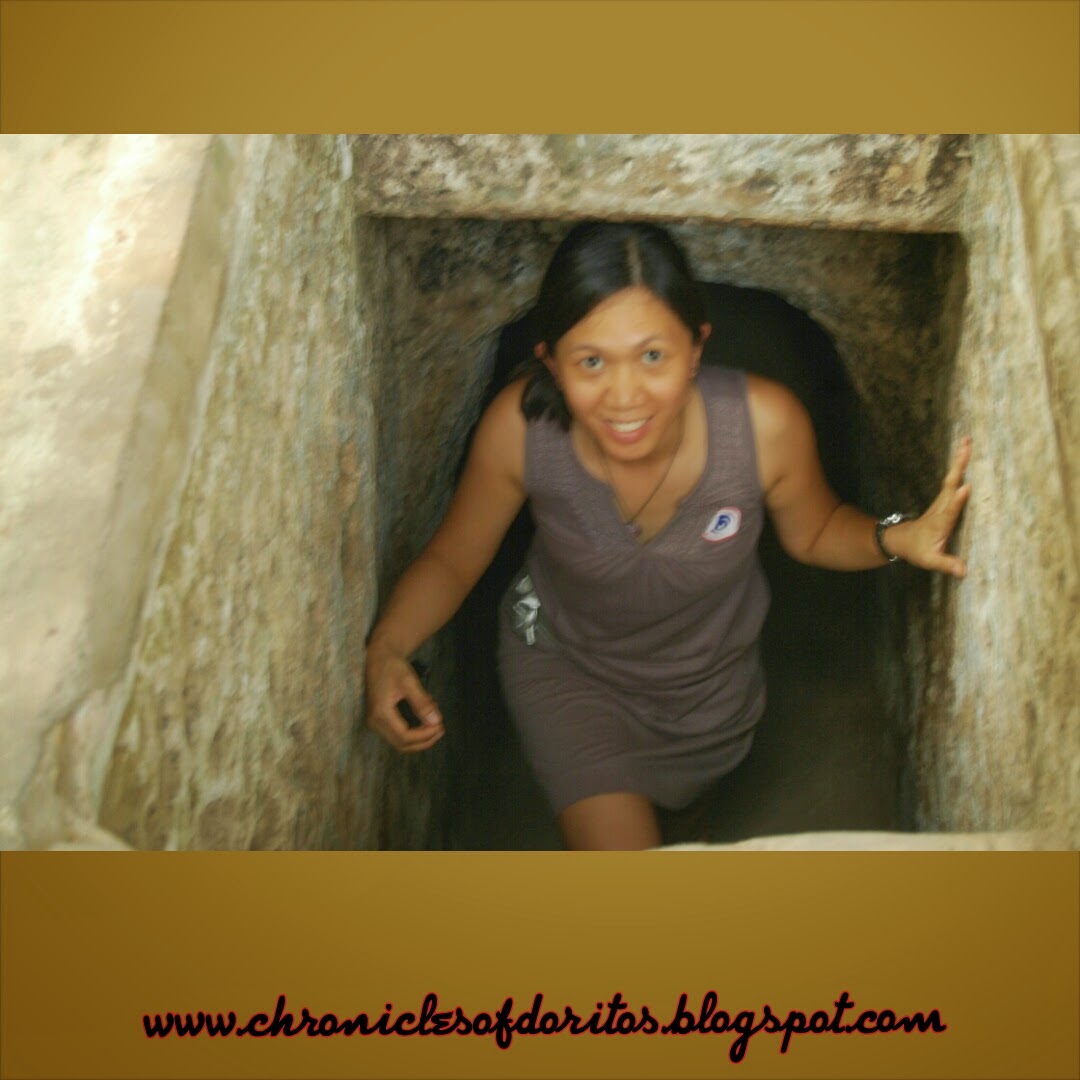 Had my heart broken inside the War Remnant Museum. I was crushed to see how devastating the war had been for both the Americans and the Vietnamese.  No one wins in any war. It convicted me to say no to any forms of war. Yes, especially, the small wars that people love to wage every day. 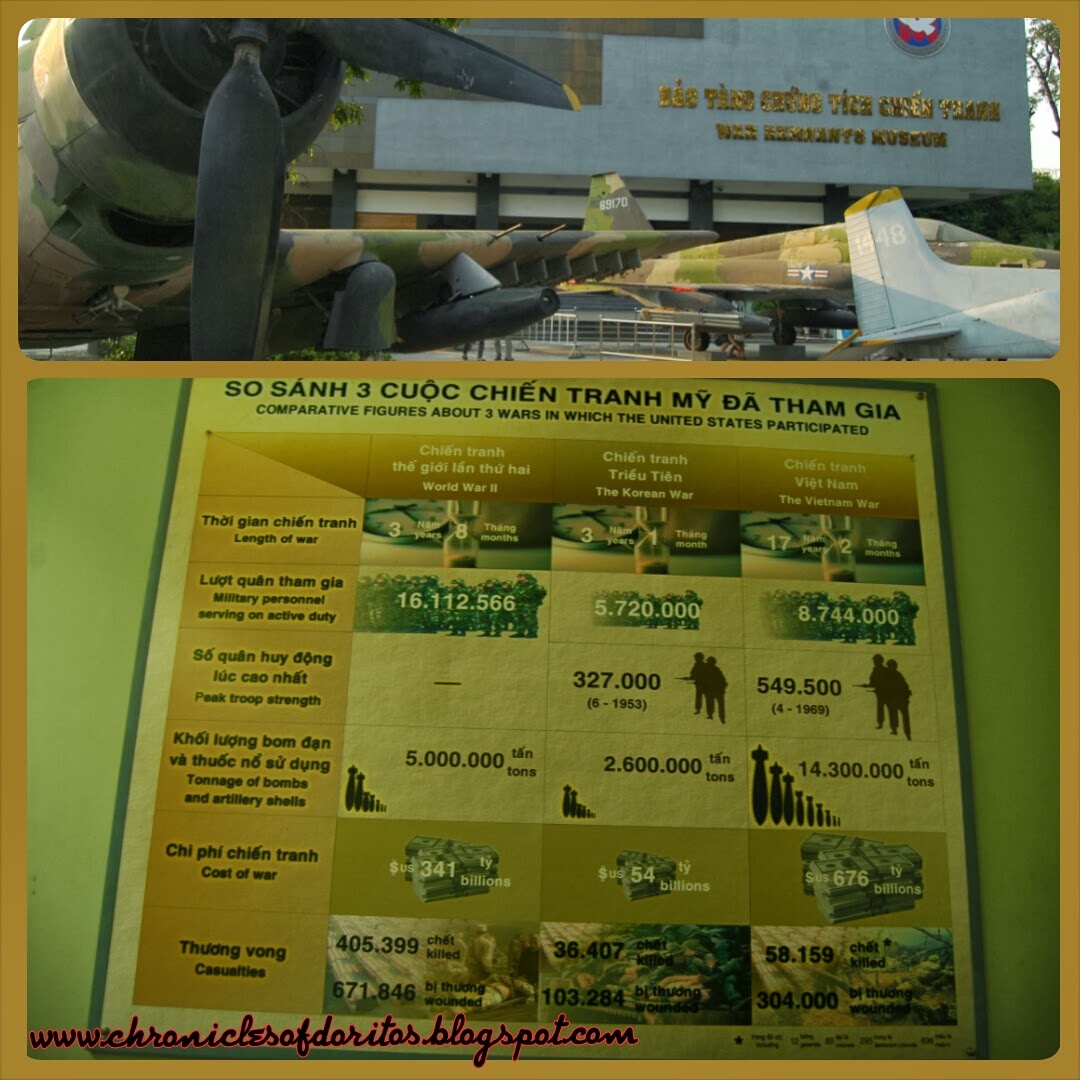 We had a few hours to spare in Singapore. We got to visit the Gardens by the Bay. But it was closed for maintenance. I plan to go back and see how well man mimicked God’s nature. 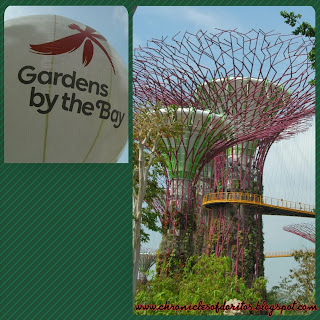 Our newsletter team had a field trip. Viaje del Sol or a trip to the South is our attempt to explore the must-visit places in our very own province. I never knew that there are beautiful places nearby that can be a venue for a weekend get-away where I can actually drive to. (From upper left to bottom right - Casa San Pablo, Ugu Bigyan's Pottery House, Sulyap Gallery Cafe, Sitio de Amor, Pandin Lake) 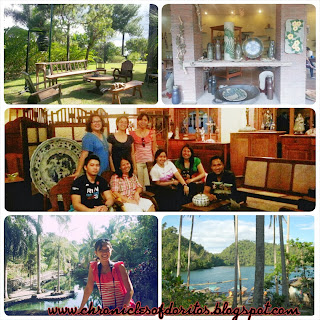 Speaking of driving… It was a feat for me to have braved the busiest and scariest road in Manila – EDSA. And yes, during the peak hour when gazillions of buses are out to squeeze you… I was already smiling here, because the gastric juices I secreted while driving had already settled back to my stomach. Whew!!! 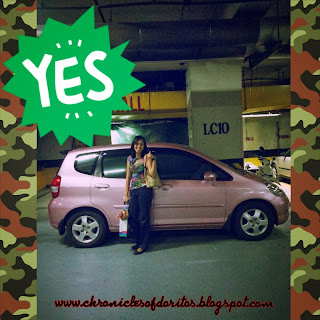 I had never really appreciated enough the beaches in Batangas. Not until we went to Lobo, with the family. The sunset is just awesome. 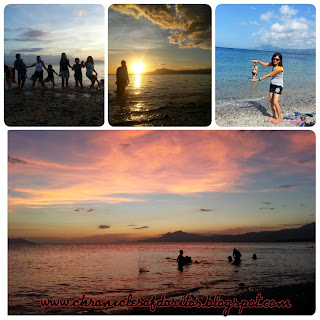 My “oldest” friend had a battle to fight. So when she told me the news about her upcoming operation, before the procedure, and after everything had been done, we always meet to talk and eat. We went Asian – Japanese, Vietnamese, Thai. The food was always great and so was her courage. I’m so proud of you Eloisa! 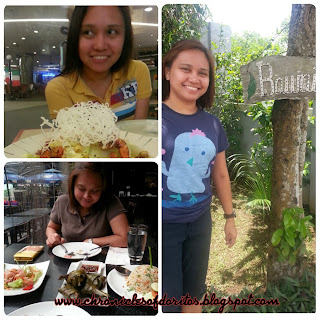 Ate Along and Sofia came home for vacation. Sofia celebrated her 7th birthday with us. We are a one big happy Justice League family! I love you Ate Sotie and Telong! 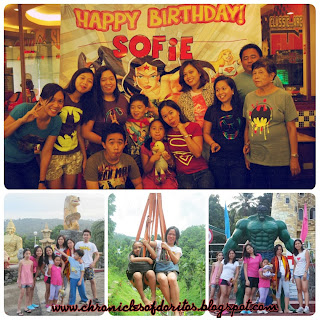 Started going to the gym to prepare myself for the cold weather that I am about to experience. My system is quite sensitive and I need to become stronger. Instead, I become fatter. I am not complaining, though. I welcome the gained pounds.


I guess this is the highlight of my year. I planned to visit Ireland while a friend is still there. But I was blessed instead to travel to Italy and France. Good thing, my friend’s stay is extended. I hope I can still visit.

When in Rome, one must visit the Pope's Cathedral or the Basilica di San Giovanni in Laterano, throw three coins for three wishes in the Fontana de Trevi, be in two countries (Vatican and Italy) at the same time, pose beside THE Colosseo, and if one is lucky, join a celebration in St. Peter's Square led by Pope Francis himself. It was insane right, because I did everything and many other things in Rome. Rome rocks!!! 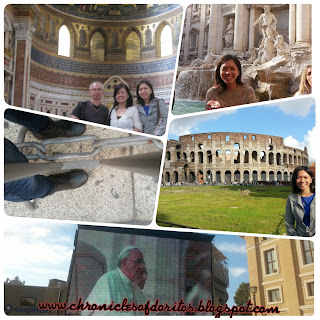 Spent a week in Citadella where we are booked, Venice where we rode a gondola trying to find where Italian job was filmed and Padova where we saw some of its famous landmarks - the University of Padua and the Basilica of San Antonio de Padua. These are really nice places to visit. 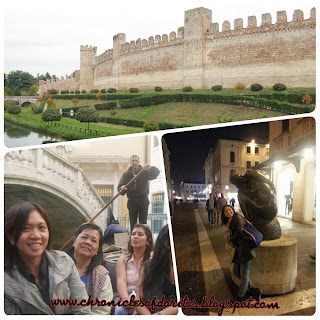 But nicer places to meet and spend time with new friends. :) 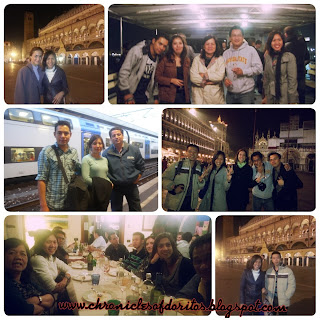 Visited Milan. Hosted and fed to the neck by my awesome family - sisters and cousins. Really felt at home. Grazie! Salamat ng marami :) 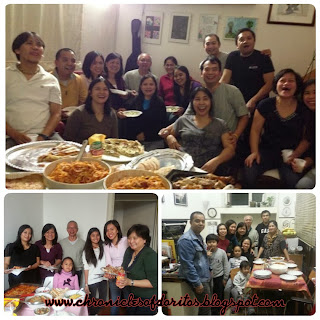 Fetched Uzzie and Sofie from school. The feeling was just priceless. 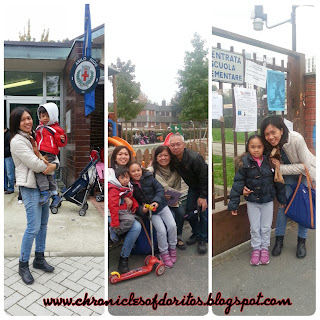 Toured around Milan with my family. It was overwhelming. Thank You Lord! :) This is just the best part of the trip! 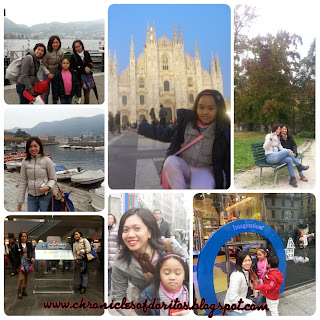 I was not in full shape and quite tired already. We haven't really planned our itinerary. We didn't even know how to go to our hotel from the airport. But heck, we enjoyed Paris just the same. (Notre Dame Cathedral, Louvre Museum, Champs Elysse, Sacre Coure, Seine River & the Love Lock Bridge) 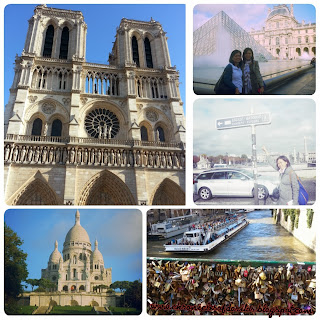 I climbed the Eiffel Tower. Then it sprang behind my back. And one sweet couple just looked and laughed. Hahaha... I fell in awe with Eiffel. 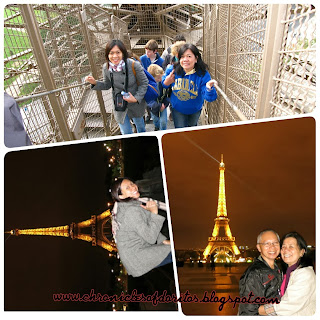 But as a nature person that I am, I fell more smitten over the jardins of Paris - Jardin du Luxemborg and Jardin du Tulleries. And oh, it was equally awesome to have a reunion with Tita Anik. Batman and Robin and the new recruit in front of the Arc de Triomphe. 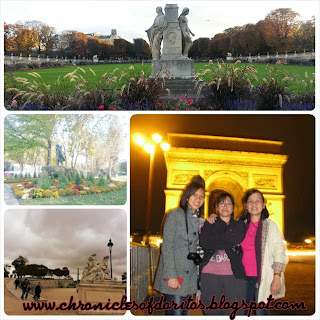 I got to teach again. This time, it was less stressful. I learned from the party DJ and the IT guy who were in my class.

And last, but totally the blast - ending the year with my family. Ate Dada, Kuya Aze and Uzziel coming home. And just celebrating the holidays simply, but together. :) 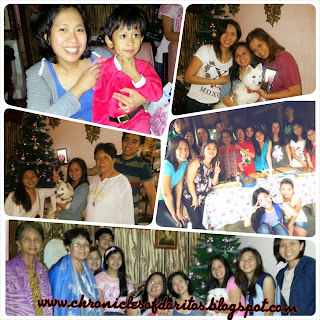 People tend to think that something is always missing in their lives. I guess it’s true because that, I think, is what life is all about – filling it with what is rightfully yours. For whatever it is that I am yet to receive, bring it on 2014! Let's all have an amazing year ahead! :)

Doritos
i am simple, easy-to-please, warm person... i cry over john lloyd-bea films, would laugh at corny jokes, come alive with music/writing/doing something noble. i love to talk about God, love to talk just about anything under the sun. i dream of an agriculturally-rich Philippines and i aspire to be an educator someday.